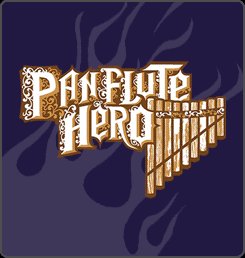 LucasArts day 36. Last December, LucasArts did something that to my knowledge other companies only dream of. They dedicated a full week for the whole company to go nuts with creating game prototypes. No matter if you were a hardcore programmer or if you were a part of the marketing department; for one week, you got to get your hands dirty and try out that idea that you previously only had been able to talk about over lunch. Sadly, this was before I started here, but I really hope they will repeat this as it turned out to be a smashing success.

From what I’ve seen, 10-20 or so teams managed to produce a playable prototype. I’ve tested out a few of them, and as you can imagine there were some really interesting ideas being kicked around. As usual, I can’t really talk about them here, but it’s really inspiring to see such a creative outlet for all those talented individuals. The long-term result of this week is also really interesting. LucasArts have had a rough couple of years, with lay-offs and problematic projects. Also, as many of you who are experienced game-developers know, people tend to get cynical over the years, as making games is actually pretty hard. Being able to shred all those meetings and just get-it-in-there-whatever-it-takes, seems to have made people remember that it doesn’t have to take 6 months to design and prototype a new feature. Its great hearing people saying things like: Hey, if we could do that in a week, we should be able to pull this off as well!

I’ve heard other companies talking of doing something just like this, but I’ve never seen anyone being able to pull it off. So hey, if LucasArts could pull it off, so could your company!